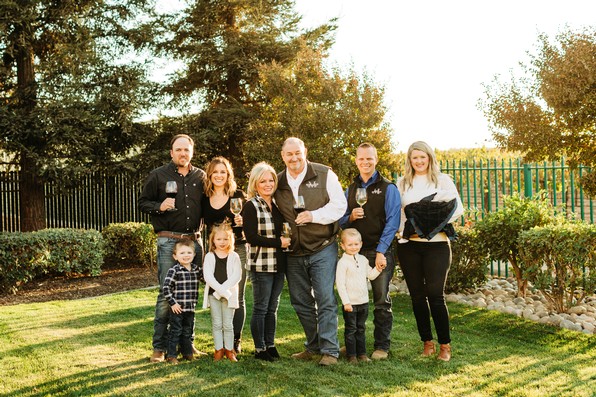 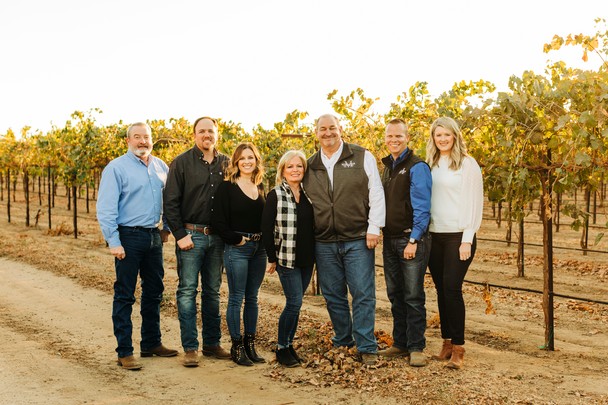 RON MCMANIS, PRESIDENT AND CO-OWNER
Ron McManis graduated from Modesto High School in 1979 and joined the McManis family business, becoming the fourth generation to farm in California’s northern interior. His father, Paul W. McManis Jr., a successful Stanislaus County farmer, grew almonds, peaches, and wine grapes, and sold the grapes to many of the wineries in the region. Ron first learned about growing grapes working with his father in the late 1970s and early 80’s; he fell in love with grape growing and determined to learn all he could about producing premium wine grapes.

He married Jamie Self in 1986 and the two worked together in the McManis farming business, sharpening their business and marketing skills. In 1990, Ron and Jamie formed a corporation, RJM Enterprises, Inc. and purchased their first vineyard, known as River Junction Vineyards. In 1994, they created another new company, McManis Family Vineyards, Inc. In 1995, the new company began custom crushing grapes from family-owned and managed vineyards, selling the bulk wine to several North Coast wineries.

Ron McManis is President and Co-Owner of McManis Family Vineyards and believes the most important goal of the company is to produce a great bottle of wine at a fair price, offering consumers a consistently well-made product vintage to vintage. He takes pride in the accomplishments of his family and employees and appreciates their achievements.

JAMIE MCMANIS, VICE-PRESIDENT AND CO-OWNER
Jamie Self met Ron McManis in 1985. Jamie’s mother introduced her to Ron while working in the family office, and they were married in 1986. Following their marriage, Jamie began working with Ron in the McManis farming business, growing almonds, peaches and grapes; in 1994 they formed McManis Family Vineyards, Inc.

Jamie is Vice-President and Co-Owner of McManis Family Vineyards, and supports the goal of the company to produce great wines. She is responsible for all winery administration and oversees the development of the McManis Family Vineyards case goods program. She also takes time out and enjoys talking to their many fans on the MFV Facebook page.

Jamie is a past member of the Ripon Chamber of Commerce and the Soroptimist Club of Ripon. She has helped with fundraising for many charitable organizations in the area and served on several committees in the past. A dedicated animal lover, Jamie’s busy household includes two dogs and a cat.